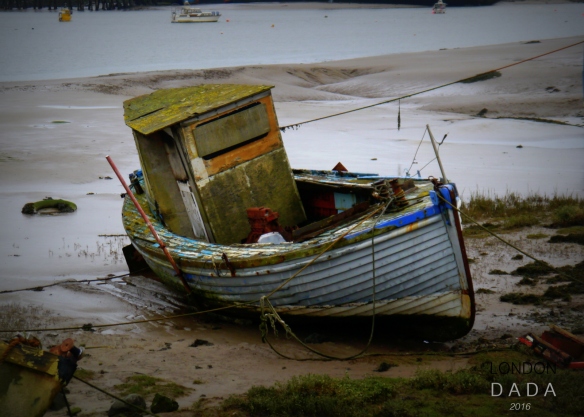 Second in the series of photo symbolism depicting the reality behind this Conservative government’s BS PR spin about ‘saving society’ and specifically the NHS, when people can see with their own eyes this “lifeboat” is falling apart and pointing in the opposite direction ( privatization ) to that required for its real purpose.

Privatizing public service sector healthcare is conta-indicated in terms of it being a contradiction in terms. Big business is ruthless and conducted solely for profit at any cost – even the early and preventable deaths nay murder of hundreds of thousands of British citizens through deliberate savage future profit-motivated cut-backs, poor morale, sloppy practice and top-heavy incompetent target-driven management.

A lifeboat, by its very definition of saving human lives, cannot ever be compromised in its robust structure and efficient function in order to make money. A lifeboat service cannot – nor ever should be – run for financial profit.

1 thought on “Work No. 826; A Very Conservative Lifeboat”