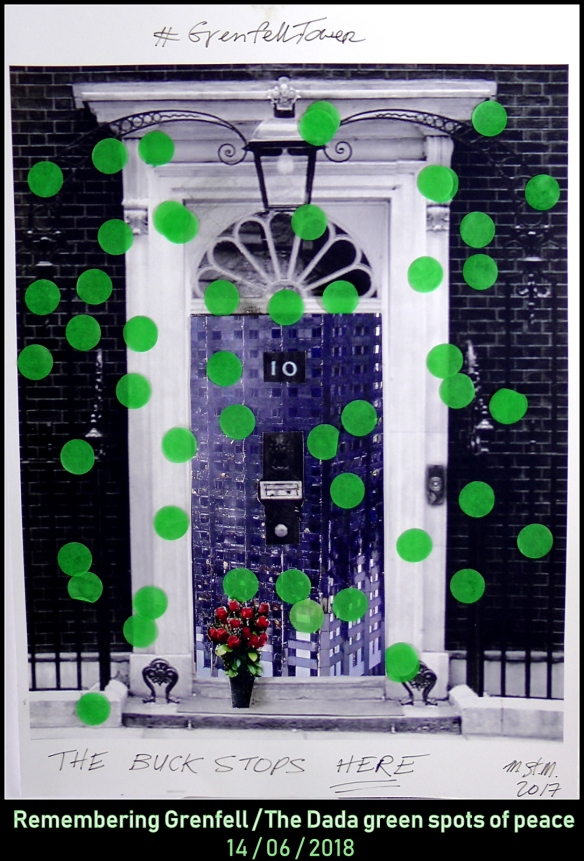 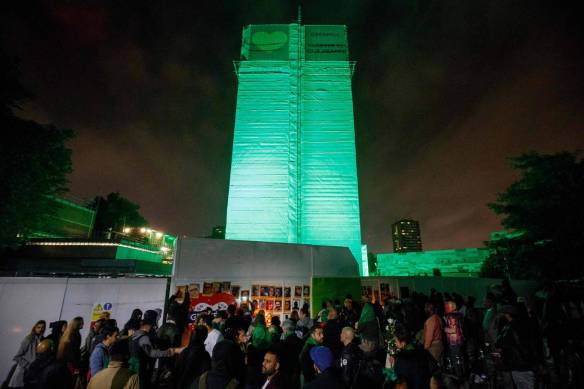 The Dada green spots of peace synchronizing with the color green chosen on the first anniversary to symbolize the range of heartfelt emotions associated with the aftermath of the Grenfell fire that killed 71 people. A Sea of Green for Grenfell
“An easily avoidable tragedy is an even more terrible tragedy ” – Michael St.Mark

In solidarity with the Grenfell survivors in their fight for justice and for those responsible by neglect to be brought to justice; the Dada green spots of peace scattered within the 6191 London Dada gallery, Shoreditch

THE SEVEN TENETS OF DADA

by Michael St.Mark ( based on the founding group of Dadaists’ collective vision )

( The 7 tenets are ever present, often in various combinations within Dada Works )

” The Dadaist is convinced of the overall connection between all entities and beings ” – Hugo Ball, father of Dada

“Dada is essentially the search for a new morality” -R. Heulsenbeck, Dada co-founder 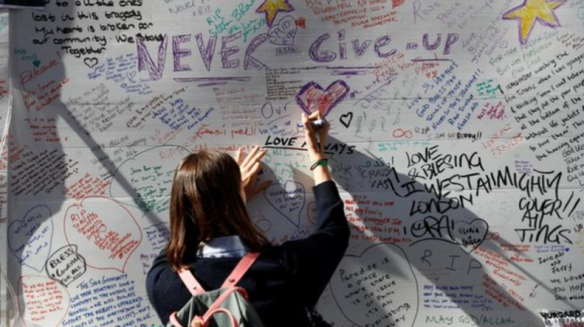 Architect and fire expert Sam Webb said: ” We are still wrapping post-war high-rise buildings in highly flammable materials and leaving them without sprinkler systems installed, then being surprised when they burn down. I really don’t think the building industry understands how fire behaves in buildings and how dangerous it can be. Past and present Tory governments’ mania for deregulation means our current safety standards just aren’t good enough.” 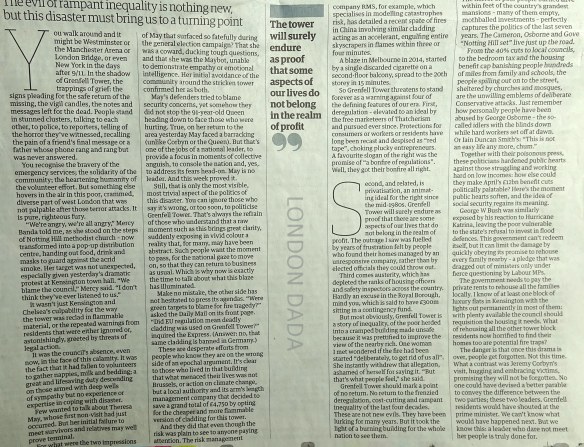