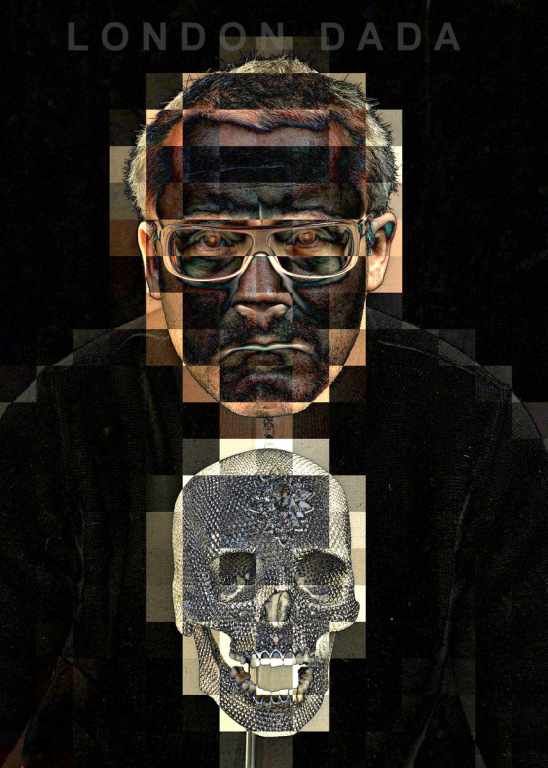 British artist Damien Hirst poses with a diamond-encrusted platinum skull in this undated handout file photograph released in London June 1, 2007. The skull, by artist Damien Hirst, has been sold to an investment group for the asking price of $100 million, a spokeswoman for Hirst’s London gallery White Cube said on August 30, 2007.

Links back to Work 734 from earlier this year