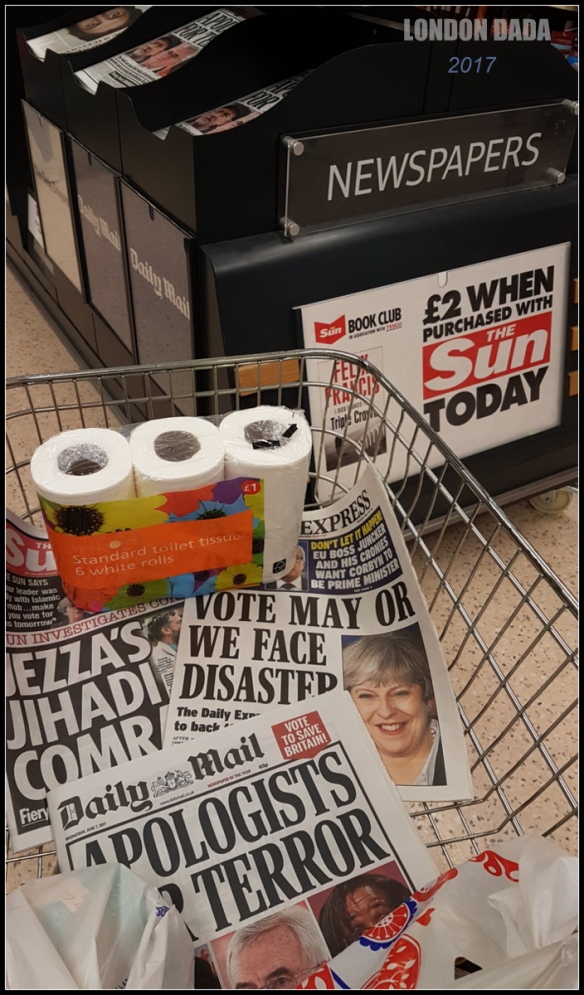 When vicious and vitriolic propaganda worthy of 1930s Nazi Germany attempts to pass for fair and balanced journalism, you know someone in a position of power – and of dubious morals to fabricate such tripe as headline news – is feeling worried..

London Dada – the only 100% morally-motivated art direction on the planet today. Representing Dada’s missing European link; reconnecting art with true perception and fearless criticism of the times we live in since 2005