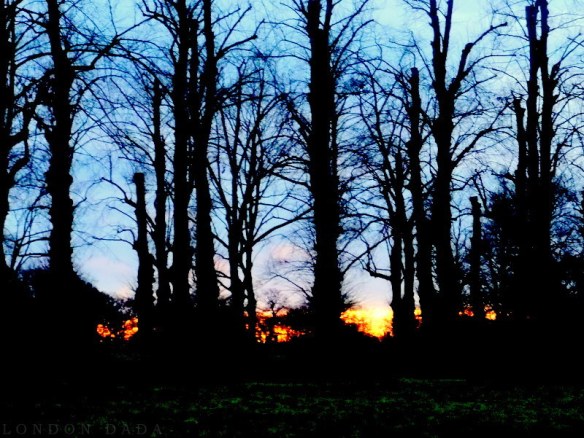 The out-and-out British genius that is Sir Tim Berners-Lee; the inventor of the World Wide Web, in progressive pixelation / multi-stage SFX triptych format. Surprisingly, one of the first, if not the first, rendition of Sir Tim’s features broken down into digitized info’ form, that is the very basis of his incredible world-changing creation. 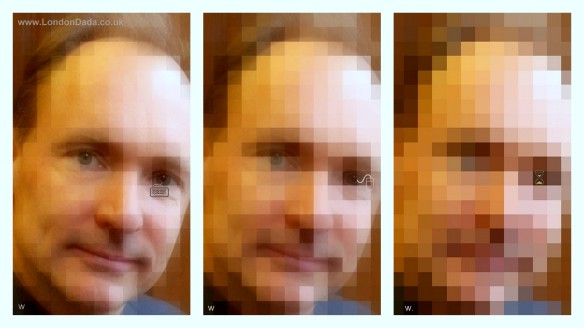 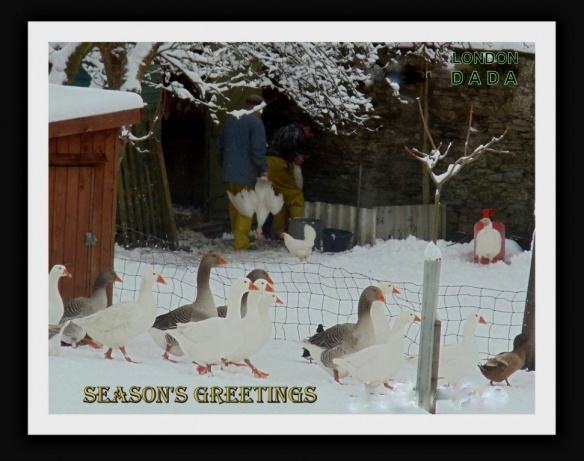 ” ..The main slaughterhouse is in the plant, which also houses its butchering and deboning facilities. Inside, there are many sights that are not for the faint-hearted.

At 6.30am every day the first turkeys arrive by lorry for slaughter, and are taken straight into a “lairage” or holding area. After being “settled” under dim blue lights that create artificial darkness, they are carried, in the crates they were delivered in – like chests of drawers – along a conveyor belt before being lowered into the unit in which their short lives will come to a swift and painless end.

Controlled atmosphere stunning (CAS) renders the birds unconscious within 10 seconds due to lack of oxygen; two minutes later they are dead (?)

The freshly killed ( ? ) still-feathered turkeys then start on a highly mechanised process during which they are scalded, plucked, eviscerated, decapitated, trussed, packaged and labelled…

First, the birds’ feet are turned to point the same way before they are shackled and raised up onto a mechanised line that takes them on their journey to becoming a “turkey product”. The two main arteries in their necks are cut by hand and the blood drained, before they are sent towards the automated plucking machines, which extract the feathers with Wallace-and-Gromit style “rubber fingers”. The unpleasant smell that permeates the air comes from the damp feathers, but staff apparently get used to it… ”

” People would be horrified if they saw the reality of factory farms. You cannot describe the environment. They should think about the conditions these animals live in not to mention their own health before buying or indeed consuming factory-farmed meat products.”

”  ” Go Nut Roast this Christmas; you know it makes health sense – for you and the birds “

” Dada is essentially the search for a new morality ” – Richard Huelsenbeck